As a leading university in providing a scholarly and academic environment for topics in Humanities, Mofid University was founded in 1989by great efforts of late Grand Ayatollah Mousavi Ardebili (May God sanctify his spirit); though the idea to establish such an institution to do research in humanities in connection with religious principles, had been formed in his mind some decades before 1980s.

The initial idea based on systematic methods to train the future generation first appeared in 1960s in the form of Mofid schools and Maktab-e Mofid. By removal of obstacles and support of many intellectuals and prominent figures in approximating religious ideas and current issues in the world, MU started its activity as one of the few special universities in the field of Humanities in Iran, the first university in Qom, and one of the few private universities in Iran. In fact, the main objective of late Ardebili and his associates of founding and expanding such a system was to develop a school of thought that today, after several decades of effort and thinking, it can be called as a religious intellectualism within the framework of religious tradition called «School of Mofid». Such organized activities based on the initial idea mentioned above, are what we inherit from our predecessors and from people of knowledge and religion; and that is what MU follows as one of its main objectives.

At the time of founding the university, the idea of linking the topics and subjects in the field of Humanities to religious issues had long been formed and engaged the thinkers in different ways; however, there was not such a broad Academic center, in the real sense of the word, at that time in Iran to accomplish this goal. Therefore, Late Mousavi Ardebili, an intellect who sought to answer the questions of modern men about religion and current issues, far from any bias or making an attempt to provide justification without any reason, founded a university where one can freely think about questions and provide answers as much as they can afford.

Creating an academic environment for research and providing all the required facilities to achieve this goal should be considered as one of the most significant criteria to distinguish a leading university. By attracting top university graduates and scholars of Iranian seminaries, MU tried to provide a good grounding for research and development of religious knowledge and connect it to modern humanities and take a critical view of religious issues and teachings. This caused the academic training and education result in positive outcomes in improvement and mobility of the university, which in turn led to the development and more scrutiny of such subjects as: Islamic Philosophy and its relation to Western philosophies, human rights from Islamic point of view, rights of children and women, Islamic economic system and the interaction between economic issues in Islam and the existing economy in the world, Shia theology, Islamic Jurisprudence and tradition (Hadith), basic principles of political thought in Islam and the world today, Bioethics and religious morality, and other subjects. Combination of religious knowledge and modern science that faculty members enjoy can be considered as a major factor that helps achieve this goal at MU; as some publications by MU faculty members and researchers have become primary sources and references in their related fields and are honored at the national and international levels.

Following their professors and by their own efforts, students and graduates trained in this school of thought, thank God, have the best academic degrees and careers in Iran and abroad and enjoy the high human, scientific, social and economic positions. Among nearly 10.000 graduates of the university, some have become the faculty members of universities in Iran and abroad, ministers, ambassadors, political, cultural, and economic officials of Iran and other countries, writers, and distinguished judges and lawyers; this proves that MU has been able to accomplish a large portion of its ideals and objectives. By establishing a rich library in the field of Humanities and creating special research environment, legal and psychological clinics, children’s rights clinic, close relationships with institutes and universities of Iran and such countries as the United States, Canada, Germany, Belgium, Swiss, Spain, Norway, Italy, Sweden, Australia, Ireland, Luxemburg, China, Russia, South Africa, Egypt, Tunisia, Morocco, India, Bangladesh, Malaysia, Indonesia, The Philippines, Tajikistan, Qatar, UAE, Turkey, Saudi Arabia, Lebanon, Iraq, Afghanistan, etc… and holding scientific associations as well as joint international conferences with the United Nations and the related agencies, and calling the professors and thinkers of foreign countries to exchange ideas and hold scientific meetings, MU has put all its efforts to expand the intended concepts and issues and teach or communicate them to others.

MU offers 37 majors in six departments of «Economics», «Law», «Philosophy», «Political Sciences», «Theology», and «English Language» in three Bachelor «s، Master» s، and Doctoral degrees. Admission to MU is possible through participation in national entrance examination, special exam (for seminary students) and entrance without exam. Currently, more than 1491 male and female students (Iranian and non-Iranian) are studying at this university.

Islamic sciences have been developed and flourished in history through seminary schools; However, relying on traditional methods of teaching, research, and thinking have made those schools incapable of providing answers to challenges of the day from Islamic standpoint.

The idea that nowadays providing Islamic views on economic, legal, and political subjects, or any other discipline of Humanities- that Islam is concerned with- requires one to know well both new and theological sciences, led Grand Ayatollah Mousavi Ardebili to start various scientific activities, collaborating with such individuals as Ayatollah Dr. Beheshti, Ayatollah Motahhari and Dr. Bahonar , to overcome this shortcoming in seminaries.

Having this concern in his mind, Ayatollah Mousavi Ardebili established MU in 1989 with the permission of Supreme Council of the Cultural Revolution, so that by combining seminary and academic sciences and training experts in both areas provide a ground to answer contemporary world questions from Islamic point of view.

According to article (1) of MU’s Articles of Association، the objectives of the university are:

1. Study and research about Islamic sciences and review of the Humanities based on Islamic principles and standards;

2. Providing the necessary grounds for the expansion of scientific and research activities in the Muslim world and evaluating the research conducted on Islamic sciences and the Humanities;

3. Scientific and practical training of prominent researchers qualified to serve at the university and other similar research institutes;

4. Providing and applying the results of the research conducted on various aspects of the cultural and social life of Muslim nations;

5. Research on various aspects of Muslim and non-Muslim communities and predicting the potential changes in order to make appropriate suggestions to formulate outlines of cultural, social and scientific policies of the Muslim world.
During its thirty years of continuous operation, MU has attracted the collaboration of prominent thinkers and researchers in the field of humanities inside and outside the country. This has led to training some professors, students and researchers who are themselves among the well-known figures in scientific and executive societies today. MU has also managed to keep the university updated in accordance with the needs of scholars by creating the necessary facilities and improvements both in quantity and quality.

Since the establishment of MU, hundreds of scientific programs including international and national conferences, training workshops, summer schools, academic meetings, free discussions, book review sessions, etc. have been held; this has not only provided a good ground for exchanging ideas between professors and students, but also gained a good position in the field of non-formal teaching. Publication of the first scientific-research journal in Qom province, «Letter of Mofid» (Nameh-ye Mofid)، establishment of the first legal clinic in Iran, the establishment of the first child rights clinic in Iran, the publication of the first and only bilingual and international journal of human rights in Iran and founding one of the largest and richest university libraries in the field of humanities are among the significant operations of the university. The specialization of MU faculty members and professors in both seminary and academic sciences has given this university a privileged position in Higher Education.

One of the most important achievements of this university should be considered as creating a network of international academic relations with universities and research institutes in the world, through which it has actually accomplished its most important goal, i. e. ، cultural and religious dialogue and expansion of Islamic knowledge beyond the borders of Islamic countries.

MU is known for its development of new ideas , scientific reviews, and conflict of ideas in scientific societies. The emphasis placed by the late founder of the university on avoiding to mix the academic environment with other existing positions in society, has gathered different thoughts and orientations together at MU and provided a lively academic environment to pursue various issues in the field of Humanities.

MU has also facilitated, developed, and expanded many academic trends in society, including: topics related to various fundamental areas of human rights, women's rights, children's rights, improving the quality of the judiciary system, removing the challenges of the Islamic economic system, interest-free banking, social justice , etc. MU has significant activities such as holding biennial international conferences on human rights in its record; this has made many Western scholars acquainted with the views and opinions of Muslim scholars.

By material and spiritual support of researchers, MU has presented worthy works to scholars in its own fields of activity; Moreover, within the last three decades, nearly ten thousand Iranian and non-Iranian male and female students have graduated from MU, many of whom are working and serving in various careers related to their special fields inside and outside the country. 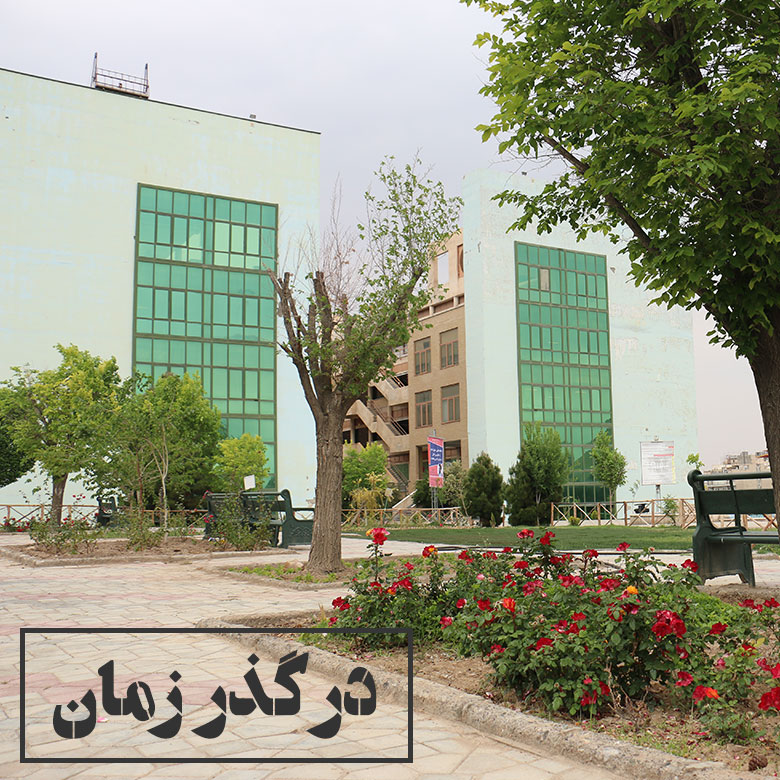 Grand Ayatollah Seyyed Abdul Karim Mousavi Ardabili was the founder of Mofid University, a great Shia marja’, and one of the close companions of Imam Khomeini during the Islamic Revolution (1978). Due to his concern about culture, education and economy of the deprived people, he established institutions such as: «Amir al-Mo'menin Charity School», «Tawhid Scientific-Cultural Center» and «Mofid schools» at different periods of time before the Islamic Revolution, and after the Islamic revolution, he founded and managed Mofid University. In addition, his membership in the Council of the Islamic Revolution, the Assembly of Experts for Constitution, and the Council for the Review of the Constitution, reflects the privileged scientific and jurisprudential position of that wise scholar. Among his other services in early years of the Islamic Revolution are: his membership in the Assembly of Experts of the Leadership in the first round, the interim Friday prayer leader of Tehran, the Attorney General and Head of the Supreme Court. When Imam Khomeini (RA) passed away in 1989، he resigned from all executive and governmental activities and went to Qom to pursue his scientific goals and services.

He continued to live there as a Shia marja’ and the president of Mofid University till the end of his honorable life. Following a lifetime of scientific and religious efforts, that scholar and the Islamic jurist finally passed away on December 23.2016، at the age of 91، and was buried in the holy shrine of Hazrat Fatemeh Masoumeh (peace be upon her). May his soul rest in peace, and may too many people follow his way!